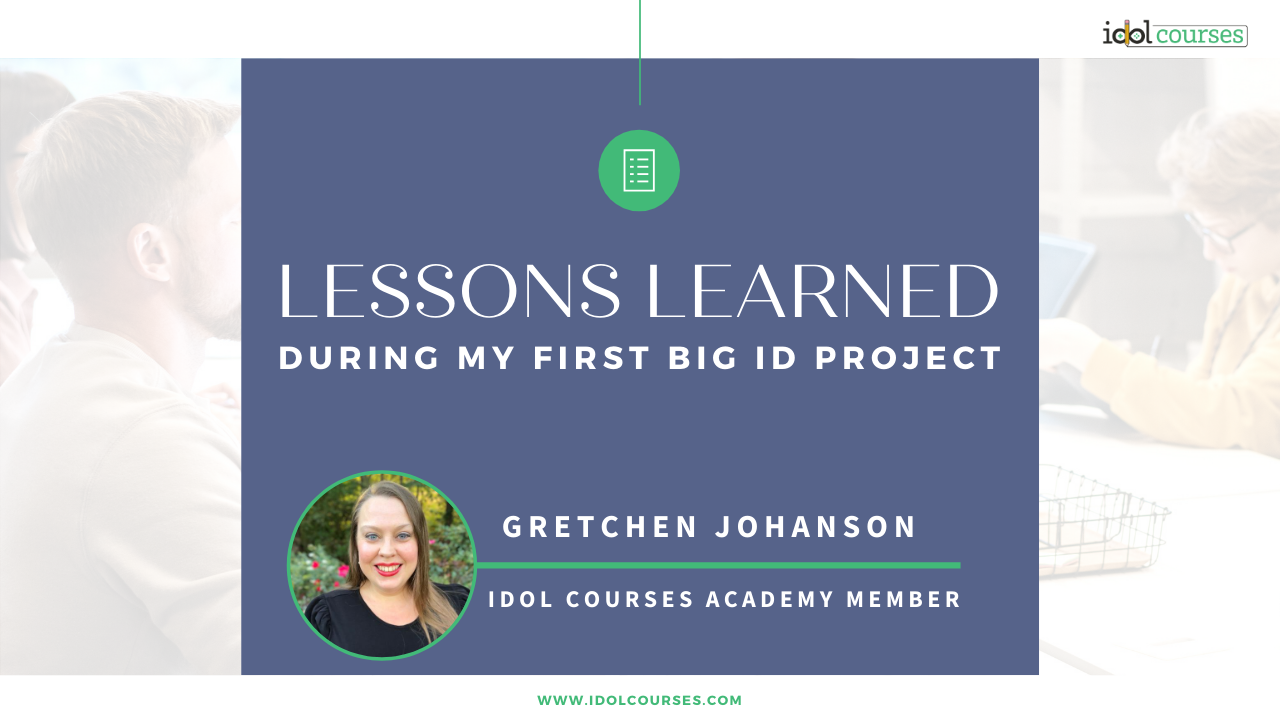 I have been an ID for some time now.  Mostly working independently on projects except for referring to a couple of Subject Matter Experts (SMEs) to ensure I have processes and terminology correct.

I was very excited when I was asked to be part of a large, high profile project. We were asked to redesign a New Hire Training (NHT) that traditionally was done face-to-face and took approximately five weeks to complete.  The redesign was an innovative concept to the company, and the reason it became such a high profile. Everyone wanted to know how the new concept would work. We developed a blended learning course for NHT, which reduced training time to only 3 weeks.

You are probably thinking – Blended learning is nothing new. It has been a valid teaching strategy for years. However, my new company had been solely creating facilitator-led training before this. We were finally breaking into more modernized training methods.

This was going to be my very first large high profile project. I would be working with a team of Instructional Designers (IDs), SMEs, and Stakeholders. To add to my excitement, my boss came to me with her idea for the redesign and asked if I could bring it to life for her. She pitched an Amazing Race Themed course and wanted me to develop the Storyline 360 game board. This unofficially made me a design partner with my boss, and a lead for the project, a huge opportunity for me.

With any new venture, there are lessons learned along the way. Here are some of the lessons I learned working on my first big ID project.

New ideas and concepts require A LOT of defending and convincing. Typically before you begin the development process, you earn Stakeholder buy-in and approval with a storyboard or prototype of your design. I created a working prototype of the Amazing Race themed game board. It explained how facilitators would transition learners from facilitator-led instruction to the game board that held various eLearning and videos, and back to the facilitator again. Even though we had the go-ahead to proceed with the design and development, they were trying to see our vision as we were developing. The concept was very different from anything they had seen. I found myself conducting countless presentations along the way defending the concept. Each new presentation I was showcasing the up-to-date version of the game board was developed, which led to many questions from SH and my leadership alike. This made me feel like I was in a constant state of selling our idea for approval. I felt like at any moment, and they tell us to scrap the whole idea even when we were just weeks away from the launch. Luckily that didn't happen. I saw the vision and spoke passionately about why this approach would work better. I explained the functionality of the whole course clearly, how the Facilitator Guide, Digital Workbook, Storyline Game Board, eLearning, and videos all worked together in delivering the training they desired in less time with better results.

Stakeholders and SMEs can sometimes get lost in the weeds of a project, hyper-focusing on small details or semantics. This can create a Death by 1,000 Pricks scenario with an excessive amount of revisions and rework. It can also cause a state of continuous review for any one portion of the project. Both were preventing your project from moving forward. This was the case for us. Revisions and rework are to be expected with any project. However, I was not prepared for the magnitude of revisions, rework, and even complete changes that occurred during this project. We eventually had to meet with the Stakeholders and SMEs to discuss how this was all impacting us, reaching the target launch date. We determined that no more than two rounds of review would occur for any portion of the project during that meeting. That got us back on track. I will be mindful of this experience going into the next large project and list the number of review rounds upfront in my expectations.

Good communication is vital when working with a large team on a project. The frustration came in the form of our team members having very different communication/personality styles. I often found myself frustrated with members of my team because they were not reading my mind. They would give me what I asked for, but not what I really wanted. For example, I asked for a list of eLearning for a particular module. However, what I really wanted was a table that listed the eLearning and the lessons they correlated. I just assumed they would understand what I wanted because, if roles were reversed, I would have given the table even though they only asked me for a list.

Make a clean hand-off of information.  Another area where it is important to communicate effectively is the hand-off of your portion of the project to a teammate. Take ten minutes to explain where you left off and what needs to be completed. List resources for them if you already have that information knowing they may need it. Make sure things are appropriately labeled and organized on a shared drive. This makes the next person's job easier. They can complete their work more efficiently. Nothing bothered me more than having a teammate tell me where I could search for something when they had that resource in their possession. It was not an effective use of time and caused delays.

Lastly, things rarely go as planned. We created a masterful design document, showcased our working prototype, planned all aspects of our project to the minute, and set a launch date for April 2020. Still, things changed over and over during development. In the beginning stages of the project, we had Stakeholders asking us to rearrange content even after signing off on all of our plans. This caused some delays in meeting the initial deadline. Then, as COVID-19 began impacting the United States, we had to shift again to document alternative Webex lessons. This very unexpected monkey wrench increased the scope of work and delayed the projected launch date again. We lost the assistance of some of our IDs because they were pulled to different projects. The most recent event was two weeks before our new August 13th launch date. Our Stakeholders asked us to add two more lessons to the training that they realized they forgot to mention to us. This new addition caused a domino effect in all aspects of the nearly-completed project. That saying, "Plan for the best and expect the worst," has held true on this project. Flexibility is a requirement as an ID.

Despite all of the challenges this large project has had, I am a better ID and teammate. I have learned lessons that will help me with my future projects. My hope for those who read this article is that it will make your next project run just a bit smoother by sharing my experiences.

Gretchen is an Instructional Designer and former public educator. Combined, she has over a decade of experience in learning and development. She considers herself a life-long learner and is always looking for opportunities to grow and develop her skills. Work-life balance is important to her. She enjoys kick-boxing, traveling and family time when she is not working.

Stay connected with news and updates!

diary of a new idol 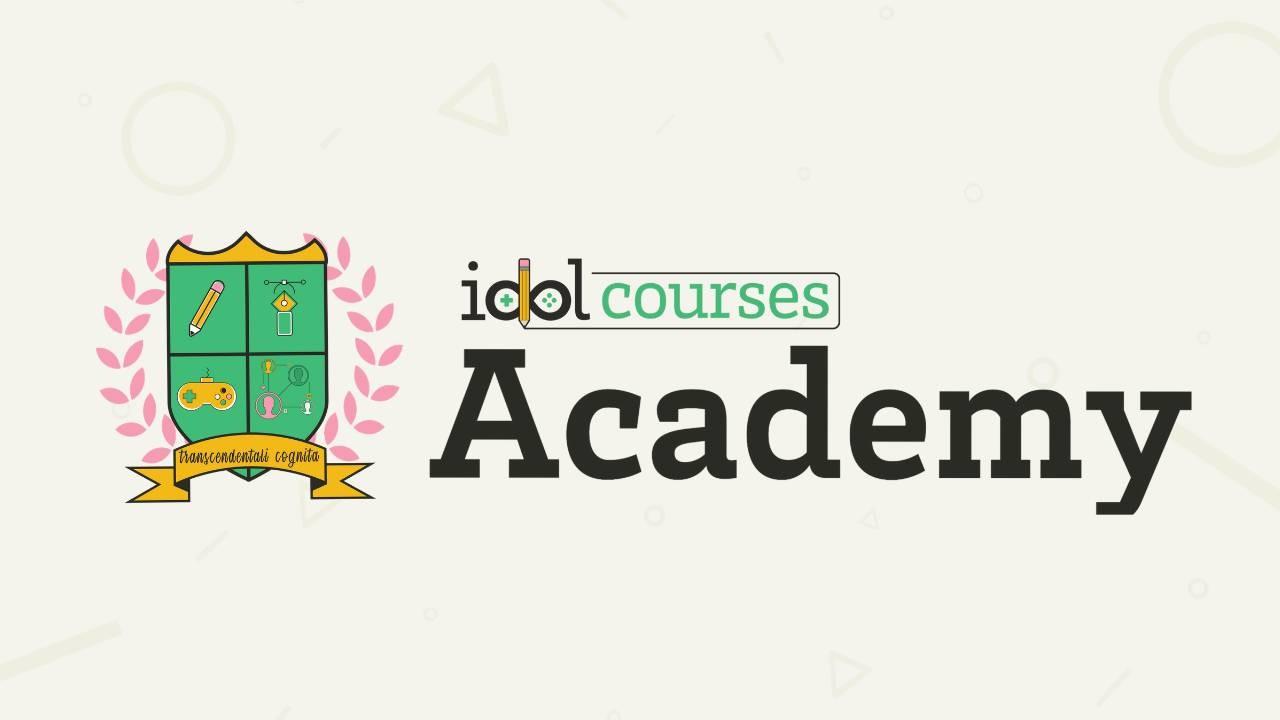 Get the best instructional design tips and tricks right in your inbox!

Click the button below to join the "Become an IDOL" weekly newsletter.

YES, I NEED THAT!
Close

Enter your email below to get instructional design tips and tricks delivered straight to your inbox.